Way back in 1961 I passed the exam and interview to go to Bury Grammar School for Girls, a Direct Grant school (the equivalent of an academy in the modern UK). It was a very traditional establishment with a strict policy on school uniform so my Mother took me to the one shop which supplied it to kit me out. Gym knickers (horrible scratchy woolen things), shirts and socks were the limbering up exercise. On to shirts, tie, and gymslip (yes, gymslip! The original one-size-fits-all unflattering passion killer) and finally to the main event THE BLAZER! It was navy blue, made of heavy woolen cloth, fully lined, with the school crest on the breast pocket and it cost a fortune. It was so expensive that my Mother needed very little encouragement to buy one with ‘room to grow’. It had it in spades! I was still wearing it, admittedly straining at the seams somewhat and rather short in the sleeve, when I left school seven years later. I don’t know what happened to it but I suspect it was passed down to a new girl.

My house feels like that blazer at the moment – waiting for me to grow into it.

When I was widowed 9 years ago and had got a builder in to finish the renovations, I was faced with the decorating. What I really wanted to do was to crawl into a deep dark burrow just big enough to turn round in and curl up in a little ball. There I would hibernate until the world found its way back to normal. Of course, I knew that normal would not be back. My beloved was dead not just in hospital for a bit. The decorating and the rest of life had to be faced. But perhaps inevitably I was drawn to dark, warm colours, lots of clutter (a.k.a. security blankets) and a ‘cosy’ ambience. 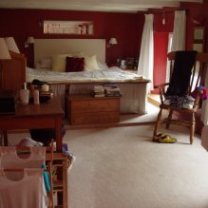 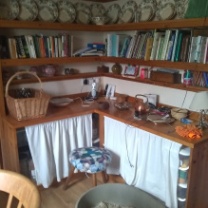 By last autumn it was all looking rather scruffy and dingy. Me, two dogs and three cats carrying in dirt, brushing against walls, sitting on the furniture, and all the everyday wear and tear had taken its toll. Touching up the paintwork was no longer an option – the original paint had faded in the sunlight. So it was time to do at least some rooms again.

I no longer needed my burrow. Like the blazer when I left school it was too tight. I had built a new life for myself and was more outward looking. Time to lighten up as well as freshen up.

I looked at dozens of paint charts, trawled through endless DIY stores, perused interiors magazines and made some tentative choices. Then Beccy, my neighbour who had recently painted a whole house for a friend, suggested I use paint from the Laura Ashley shop as it was much better quality than the stuff from the DIY or builders merchants. Expensive per tin but needing only 2 coats at most she thought it worked out no dearer and was less work. The range of colours is not huge which actually made the job of choosing easier! 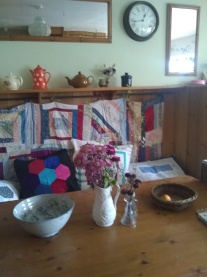 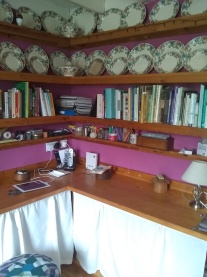 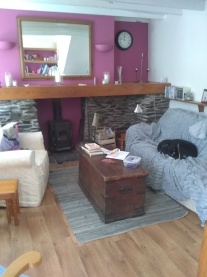 I did the fireplace wall of the sitting room before Christmas and have continued round the three living spaces since. I need more paint to do the bedroom but at the moment can’t go out to get some and the shop isn’t open anyway. Of course, it isn’t just painting is it? Everything has to be taken off shelves, pictures taken down, curtains and other soft furnishings washed. And in the process there is a decluttering exercise, stuff is rearranged. Most of my home is lighter, brighter, cleaner, clearer, more spacious.

Externally I am constrained by lockdown. I am at home much more than usual. There are no visitors coming in to use the space I have created. There is ‘room to grow’ but I feel slightly un-contained by it. It’s all a bit discumbobulating! Have I made a mistake or will it all feel right in a few weeks time?

17 thoughts on “A mistake or just bad timing?” 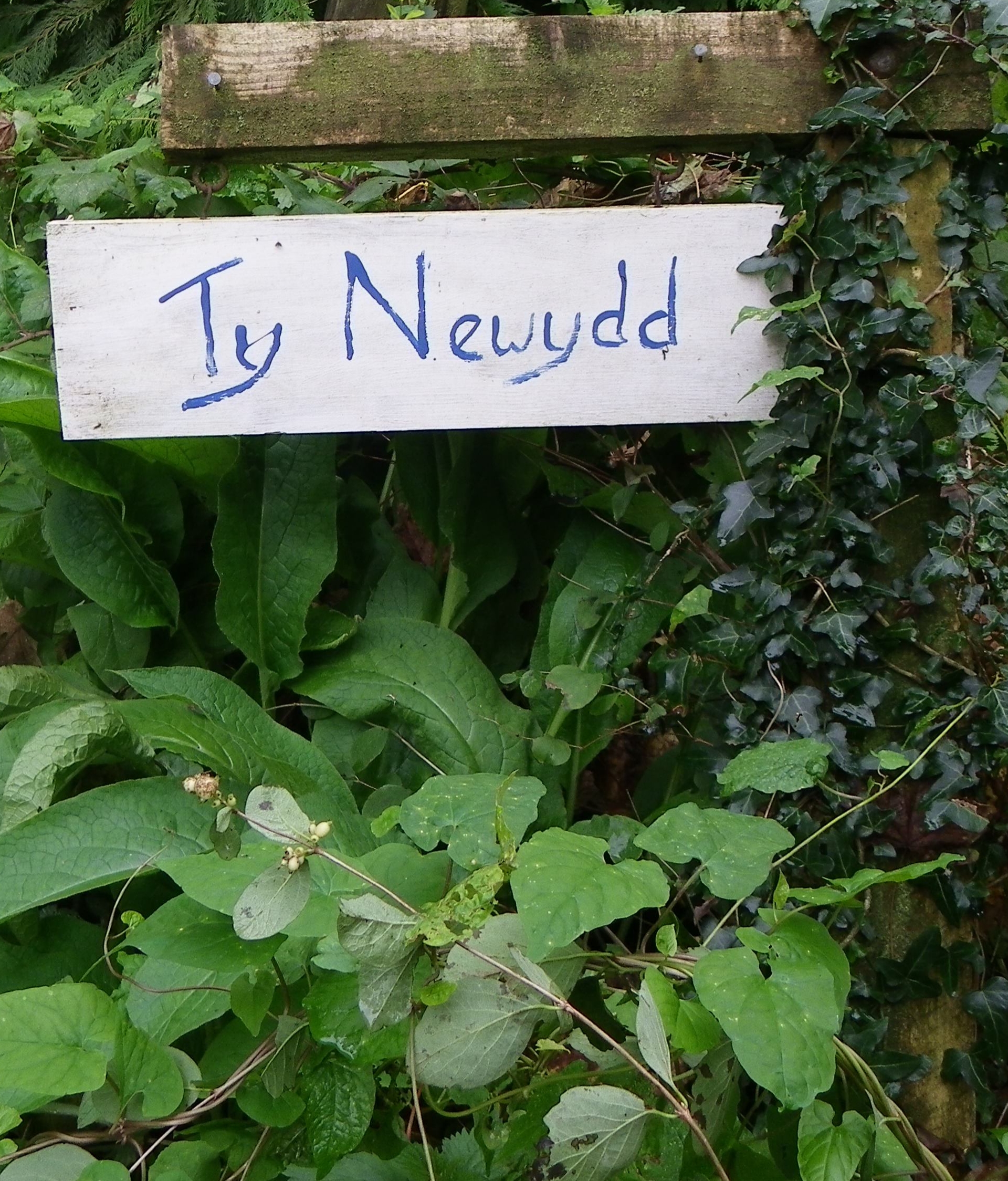