Each year I save tree seeds when I can. Mostly these are from fruit I am given or buy to eat although last year I picked up acorns that had fallen on a nearby lane and that I spotted on one of my dog walks. So by late autumn I had acorns, apple pips (mostly from fruit given me by Marie at Over the Rainbow), plum apricot, peach and cherry stones, and rowan berries from the young tree I planted a couple of years ago. I also had some bright red cherries from the tree in my daughter’s garden which are so horribly sour and bitter they are inedible but even the birds turn their beaks up at them so the tree is very ornamental! All these I put into peat or sand in recycled plastic cartons and stored in the fridge to chill over winter.

A couple of weeks ago I retrieved them to begin putting them into trays of compost in the greenhouse to see what would grow. Last year I got quite a few apples, a cherry and a sweet chestnut so I was quite hopeful that something would come of them. 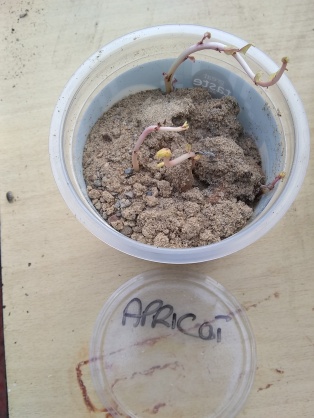 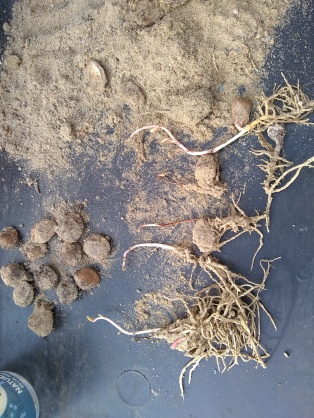 To my amazement when I opened the first pot, which was Apricot stones in dry sand, there were several which had germinated! Only 2 look good enough to survive but even so! Years ago my late husband ate an apricot and found the stone had split and the seed was beginning to grow so he potted it up and later planted it in the greenhouse. It fruited well but because of his poor health he didn’t prune it well enough or consistently enough and it grew too big so had to be taken out. Maybe I can be more successful now that I have more greenhouse space and am able to prune every year. I looked in the second pot labelled Apricot and found that in that one I had used damp peat – no sign of germination there. Maybe they were a different variety of apricot or from a different orchard but I was curious as to whether it was the sand / peat that made the difference. 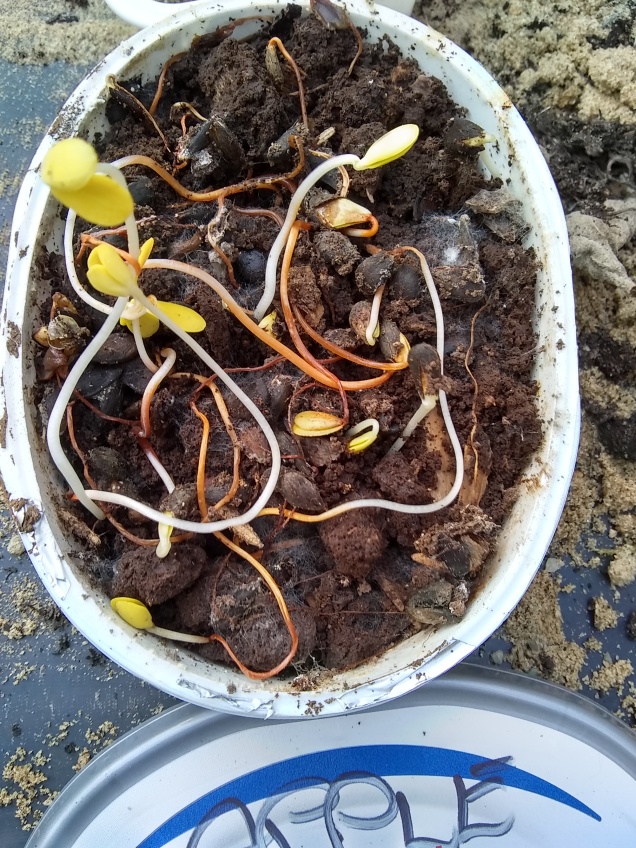 Then I opened the pots of apples – some of the ones with damp compost had germinated whilst the ones with sand had not! Again I cannot be sure that any will survive but again my interest was piqued. Was the difference between the two types of tree significant or just chance?

Sadly nothing else was showing signs of life but then nothing germinated in the fridge last year. They are all now in good compost in trays and I will wait and see. I have made a note to myself to be more methodical next year about splitting batches and experimenting with different media to store them in. I still have so much to learn about gardening! One of the permaculture principles i ‘Observe and Interact’ so that is what I shall do – but in a more organised way than usual!

3 thoughts on “Nature is amazing”